For the merry month of May, Pakinggan Pilipinas presents the prize-winning short story “REUNION”, written by Eliza Victoria. It’s narrated for us by Solo Galura, an architect based in Quezon City. The story was published in 2009 in the Philippines Free Press, and won the Grand Prize for fiction in the magazine’s 2010 Literary Awards.


Eliza’s fiction and poetry have appeared in various publications, locally and abroad. She has also received the Palanca award for her poetry. And if you’d like to read more of Eliza’s recent works, you could look for them in Stone Telling, Kritika Kultura, and Story Quarterly. She will also have a story in the upcoming sixth volume of the Philippine Speculative Fiction anthology series.


And by the way, do drop by at the year’s most awaited launch: 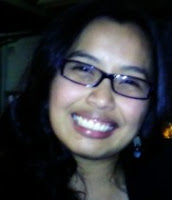 ABOUT THE AUTHOR Eliza Victoria was born in 1986. Her fiction and poetry have appeared in various publications based in the Philippines and abroad, most recently in Stone Telling, Kritika Kultura, Story Quarterly, the Philippines Free Press, and the upcoming Philippine Speculative Fiction Volume 6. Her work has received prizes in the Carlos Palanca Memorial Awards for Literature and the Philippines Free Press Literary Awards. Visit her at http://sungazer.wordpress.com, or follow her on Twitter (@elizawriteshere). 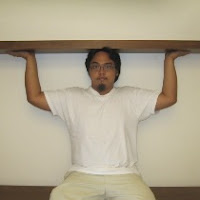 ABOUT THE READER Solo Galura is an architect based in Quezon City. He dabbles in voice acting, propelled by his love of audiobooks. 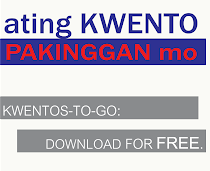 Elyss
Let's make things up along the way, shall we?